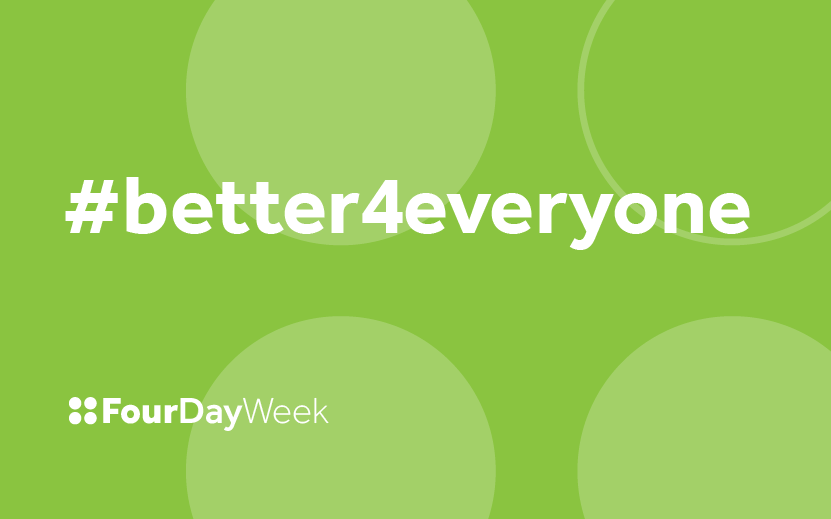 I think what we’ve witnessed this morning will one day be seen as an historic shift in the organisation of work, and of our experience of work.

Last November, Fórsa hosted a seminar on working time in Ireland, and we became the first Irish trade union to sign up to the ambition of a four-day week across all sectors of our economy: public, private and voluntary and community sector.

We were pleased, if not a little surprised, that, by and large, the concept landed so well in the media and business commentary.

For us, today is a natural next step from our decision to adopt that position. The breadth of both interest and experience represented on this stage – and on the steering committee of our new campaign for a four-day week in Ireland – speaks to the fact that this is no sectional interest. It is an idea whose time has come.

I called this an historic moment because the debate about reduced working time – without loss of either pay or productivity – has shifted to the question of ‘how’ rather than ‘whether’.

For companies like Perpetual Guardian and ACE – pioneers among a growing number across the globe – is no longer a question of ‘when’ either.

This is because a combination of huge social and economic changes has combined to make the case for reduced working time unanswerable. They include:

There have been other times in our history when some or all of these factors led to radical and positive changes in the amount of hours we spend in factories, offices, care environments, shops and other workplaces.

We have not achieved the 15-hour working week predicted by John Maynard Keynes almost 90 years ago.

His reasoning was straightforward enough. He correctly said that, by producing more with less, we could cater for our needs while doing less work; enjoying more leisure time with no economic loss.

Even Keynes could scarcely have imagined the productivity gains that have been achieved since he made that prediction, or the accelerated speed of improvement we’ve seen in recent decades.

Yet, despite early gains like the 39-hour week – demanded by unions in disputes in Britain and Ireland 100 years ago this year – and the weekend, which many of us now take for granted, the length of the working week has remained more or less the same over the last few decades.

If anything, we now have less control over our working time with the advent of the ‘gig economy’ and the arrival of relatively simple new technologies like remote email facilities and mobile phones, from which we cannot easily disconnect during evenings and weekends.

Now, working time has once more emerged as a central issues in international debates about the future of work.

This is partly due to fears for the mental and physical health of workers and growing concerns about balance in an age where caring responsibilities – for younger and older relatives – are growing exponentially, especially for women.

But it’s also a fundamental issue of equity in societies where many believe the gains from technological change and new forms of work organisation are not being fairly shared.

In a world where new technologies like artificial intelligence are also threatening at least some of our livelihoods, and where modern work practices are making more and more jobs more and more precarious, people are asking why all the benefits seem to be earmarked for a small global elite.

Trade unions don’t want to impede technological developments. We know that they have the potential to take a lot of the drudgery and danger out of current workplace tasks while increasing prosperity, including by creating many new jobs.

But we DO want to secure a fairer share of the benefits of economic growth and technological advances for all workers in all sectors of the economy. This would also have the benefit of sharing paid work as technology reduces its availability.

Many employers will, of course, continue to require non-standard working hours in the 24/7 economy – and this works for many employees too. We don’t want to inhibit flexibility.

But we do want to see worker protections in every corner of our economy and society, and a fair share of the benefits of new technologies.

Following today, we will work to build and extend our campaign coalition, with steering group members leading on the different ‘pillars’ of trade unions, business, environment, civil society and academia.

Together, we will build a public movement for a four-day week, through a national roadshow and social media campaign.

We intend to promote the concept of a four-day week with Irish businesses and, drawing on the experience of those who have already take action, offer support to those who want to trial the approach in their organisations.

In a short time, we will develop and launch a trademark for businesses who introduce a four-day week, as well as meeting other standards of workplace rights and protections. We will promote these companies via the four-day week website.

As part of this work, we will develop research and case studies on a four-day week in Ireland

We will urge Government to lead on the four-day week by working with us to find ways of encouraging and supporting private companies that pilot or introduce reduced working time.

And, we will seek an early dialogue with Government and opposition parties to explore how Ireland’s largest single employer can take a lead that will encourage a general reduction in working hours across the economy.